Pune-based Terragni Consulting was recently called upon by a leading bank that had realised that a regular customer, an MSME, had been stepping back its engagements with it over the last few months. For more than two decades, the latter had maintained an active account with the bank, which handled their forex, payroll and other financial transactions —so what was wrong now?

When Terragni Consulting began to study the case, they found that a few months back, because of a glitch at the bank, the organisation’s payroll processing had stopped. “This organisation had been paying their employees for 20 years on the first of the month without fail and, suddenly, the payment was delayed, in a post-Covid world, by seven days. The bank corrected the problem and the functional need got taken care of but nobody had addressed the emotional impact on the customer, who was grappling with the thought that such a thing had never happened to them before,” says Dipti Sapatnekar, director of Terragni.

The MSME began to create a backup and the bank realised there was a pattern forming here, beyond just this one customer. These customers did not share any feedback with the bank or complain, and the bank did not realise any change until they began to see their wallet share plateauing. “Emotion is not a term out of pop psychology any more. It now has an impact on business turnovers,” adds Sapatnekar.

In one of the stark changes of the post-Covid business scenario, emotion-led engagement has become a key input in new projects for large companies. Terragni, a leading strategy consulting company, is one of the few in India that shows that by making emotional or behavioural interventions in customers and employees, an organisation can create a substantial business impact. Its clients include large banking and financial services, agritech and retail, as well as some of India’s largest brands.

For more than a decade, Terragni Consulting has been solving problems of organisations from two perspectives— customer engagement and employee engagement — by using an unusual toolkit in a sector that is chiefly driven by data. “Our secret sauce is behavioural science and consumer neuroscience. Our core belief is that in an organisation, only two things matter, your employees and your customers. Everything else, from funding to machinery, can be managed. What distinguishes one organisation from another is the quality of customers and employees. Complex problems arise in these two areas, and we step in,” says Anil V Pillai, director of the company. Marrying science of emotions to traditional strategy, Terragni says that they have added up to $35 million to fresh revenue of their clients or shaved of up to $10 million in costs.

The pandemic, which forced employees and customers into digital windows and reduced human interaction, had resulted in a lack of emotional connect among employees as well as between an organisation and its customers. Many large companies among Terragni’s customers have responded by adapting their work style to the new demands of emotional connections. “When we used to make our presentation pre-Covid, the amount of attention that the emotional engagement got was substantially high but it would not result in implementation. The amount of attention that a functional recommendation— change this process or make this faster, hire more people and different kinds of people— would get is what would get sustained into implementation. Today, we have clients who are asking us to explain what emotional engagement is. Suddenly, emotional engagement is not merely the cherry on the top,” says Harsh Kapur-Pillai, director of Terragni Consulting.

Large-sized companies have shown a higher degree of awareness and adaptability to emotional engagement in their functioning while mid-sized firms have made certain changes. Most startups and small companies are still at sea. Sapatnekar adds that it is the moments of breakdown—when a company is selling a service to a customer and there is a breakdown in the process — that are critical. “How you help your end customer recover from the journey and cater to the emotional impact of the breakdown will determine what happens to the relationship next,” she says.

Every year, before the pandemic, Terragni used to release industry reports after conducting in-depth studies. They will start a fresh study and update previous ones now to reflect the new normal in business. “We now see this to be the time to highlight core issues. Topics such as friction in business, customer engagement and employee mental wellbeing have become a large part of any conversation as business leaders in any ecosystem will attest,” says Pillai.

Technology, Consumer, and The Future 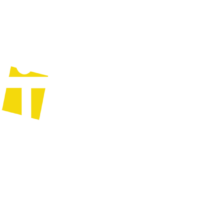